“As a young naive girl hailing from one of the remotest villages of Tamil Nadu facing some of life’s gravest exploitations, I am so glad to acknowledge that there are still parts of myself unhardened by life’s circumstances. As a director of young children’s playschool, I hear from so many parents how they feel safe to let their children stay with me when they are away.

Life to me had always been one big struggle. I met my husband during my college years. He was my classmate’s brother and back then, with absolutely nothing but blind trust in that person, I took a leap of faith to marry him. And there began my doom. What followed were years and years of merciless torture by the inlaws.

Only after marrying into the family, did I come to know that my husband did not have a stable job and the family was in dire poverty. There used to be daily fights on everything right from food to essentials. It became evident to me that I had ended up at a dangerous place but this was a fate that I chose and I had to see it through.

The journey through the next set of years saw me through the extreme of the extreme kind of displeasure. It was me through shifting cities, conceiving with my first kid, having the in-laws come over to live with us and eventually, me turning over all that frustration on my kid. Back in those days when we didn’t have the means of calling, I wrote a letter to my dad informing him of all that was happening in the house. This eventually came to my in-law’s notice and they tore us apart. It became evident that they were trying to draw in a wedge between me and my husband.

So once again we moved cities and started a new venture of our own. Mortgaging my jewels for the initial investment, we commenced a venture as an ancillary to the company my husband was working in. But here is where I realised that my troubles had taken on another form. Since this venture entailed travelling to different countries, I came to know that my husband had developed the habit of having affairs in different places. I would later come to understand that it was always there, just that I was so blind to everything that was happening. 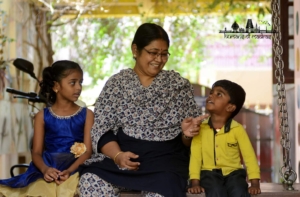 The years that followed were some of the most gruelling years ever. Through another two pregnancies that blessed me with a daughter and a son, starting my own play school, handling all the mental pressure and losing my husband to a range of social vices, I believe I had seen it all. To what extent was I naive to have been exploited and manipulated to this extent is just beyond me.

As someone who was just so instrumental in helping build my husband’s venture, I think everything got shattered when he confessed about all of his affairs in a gruelling conversation when he was on the verge of a tuberculosis attack. That was the last straw and I lost all hope in life. I began to focus all my attention on my playschool and my children. I was able to get two of my daughters married into very good homes.

With time, my children were also able to see the truth of my life and I have their undeniable support by my side which is one of the biggest treasures of my life. That day 50 years ago, I took a blind leap of faith and what did follow were some of the most awful years of my life. Yet today, I stand as testimony to many women out there wherein I emphasize the importance of financial independence and standing up for yourself.

18 year old me was too meek and timid to do anything about the injustices that were met to her but today, I stand on my own having raised a beautiful brood of children and more through my playschool. I know I am not alone in this but I hope my story serves as an inspiration for many other women out there to know that, we have what it takes to rewrite our fate.”